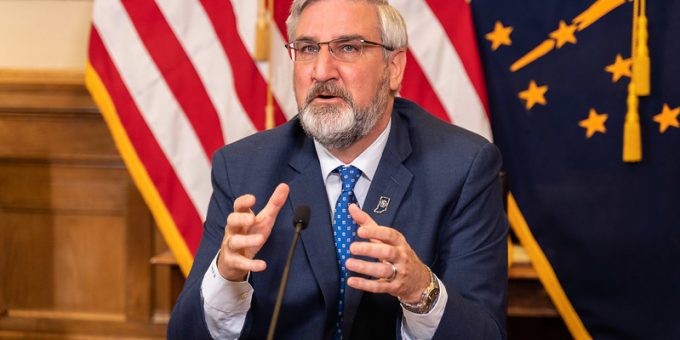 INDIANAPOLIS — The Indiana governor’s office has signed a contract paying a law firm up to nearly $200,000 for challenging the increased power state legislators gave themselves to intervene during public health emergencies.

The governor’s office released the contract with Indianapolis firm Lewis Wagner on Monday for representing Republican Gov. Eric Holcomb in the lawsuit against the GOP-controlled Legislature that it filed on his behalf in April.

The contract, however, wasn’t signed until July 23 after a Marion County judge rejected arguments from Republican state Attorney General Todd Rokita that he had the legal authority to prevent Holcomb from hiring private lawyers for the case. The state Supreme Court also ruled against Rokita’s attempts to block the lawsuit.

The Marion County judge heard arguments last week over the lawsuit, with Holcomb’s attorneys arguing the law passed this spring violates constitutional provisions allowing only the governor to call the General Assembly into a special session after its annual session ends.

The attorney general’s office maintains that a 1970 constitutional amendment allowing the Legislature to meet each year gave lawmakers “maximum flexibility” on when to meet.

State records show the governor’s lawyers have already been paid about $95,000. The contract allows the firm to bill a maximum of $382.50 an hour for its top partners.

All the lawyers listed in court records representing the Legislature in the lawsuit are attorney general’s office staffers.