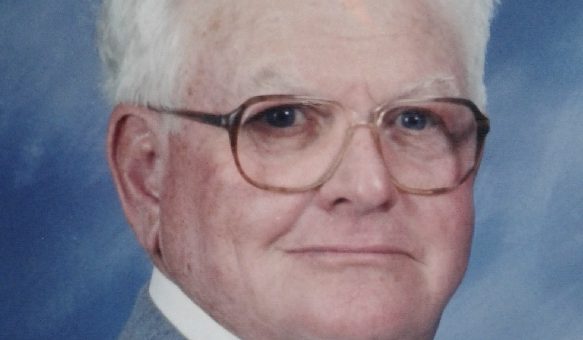 Bill was born July 22, 1927, in Oolitic, IN, to William E Kern and Margaret H (Spinks) Kern. He married Beatrice Rawnsley in 1957 and they were married for 55 years. Bill attended Oolitic High School where he graduated early in order to serve his country in World War 2. Upon returning from the Pacific Theater, Bill attended Purdue University where he obtained an advanced degree in economics before embarking on a career at Citizens National Bank for more than 30
years.

Bill loved fishing for anything that swam, fine cigars, Purdue Basketball, telling his grandchildren stories, and cattle farming which he pursued into his 80s. He was a member of Jaycees, Rotary Club, the American Legion, and Englewood Baptist Church.

In lieu of flowers, donations may be made in Bill’s memory to the Bedford Rotary Club.