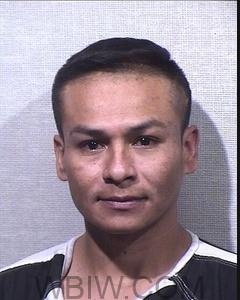 SEYMOUR – On Thursday, September 9th, at approximately 11:02 p.m., patrol officers with the Seymour Police Department responded to Taco Mix located at 205 North O’Brien Street after a report a male had been injured during a fight.

When officers arrived at the scene, they found Rigoberto Zayos Cantu lying on the ground. EMS was summoned to the location and rushed him to Schneck Medical Center.

Cantu suffered multiple facial injuries and was placed on life support. He was later taken off life support and remains in the hospital.

Seymour Police were able to gain enough information that led them to the apartments located at 101 East 7th Street in Seymour. The officers located the crime scene which was under a pavilion between two apartment buildings. Officers found blood and alcoholic beverage containers under the pavilion.

Investigators with the Seymour Police Department were called to process the crime scene and conduct interviews. After numerous interviews were conducted, they determined 33-year-old Serafin Trujillo Bautista, of Seymour, was who injured Cantu.

After arriving at the police department, investigators located evidence of the crime on Bautista on his clothing, and on his shoes. The evidence was later collected. Bautista refused to cooperate or answer questions.

He was arrested on charges of aggravated battery a level 3 felony. Bautista was taken to the Jackson County Jail and remanded into the custody of the Jail Division.