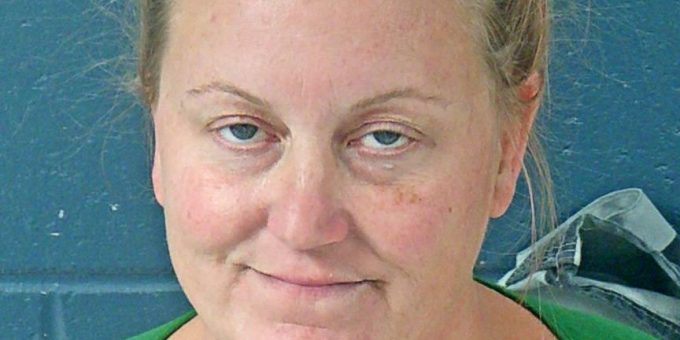 MITCHELL – A Bedford woman was arrested on Friday on drug-related charges when Mitchell Police officers were called to the 840 block of West Frank Street after a report of an unwanted person at the residence.

When officers arrived they found 46-year-old Laura Riley-Ingle standing in the yard working on a landscape project.

The officer told Riley-Ingle they had received a report that she was doing illegal activities.

Police say she was under the influence of some type of drug.

The homeowner wanted Riley-Ingle removed from the property and a no-trespass order filed.

After receiving permission to search Riley-Ingle’s bag, the officer found marijuana, two bags containing multiple syringes, seven pills, and a bottle containing a crystal substance along with jewelry that belonged to the homeowner.