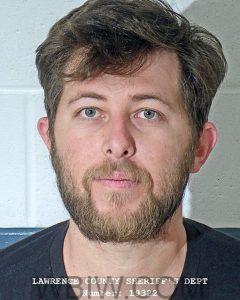 GREENE CO. — A Bloomington contractor has pleaded guilty to theft and must pay $34,844 to a former customer within 90 days to avoid a felony conviction.

According to police, a female paid Hall $30,000, who worked for Cosar Construction, to build an addition onto her Greene County home.

Hall laid some concrete however he failed to finish the agreed upon job.

The woman attempted to reconcile the situation with Hall, including the victim asking for the return of their down payment since the job was never completed. Police say Hall never addressed the situation or returned the victim’s money.

Hall was sentenced to one year of probation and ordered to pay the victim $34,844 in restitution and $3,500 to another customer he defrauded.

The felony theft charge will be reduced to a misdemeanor if Hall pays the restitution within 90 days of his conviction and if he does not commit any new criminal offenses while on probation.