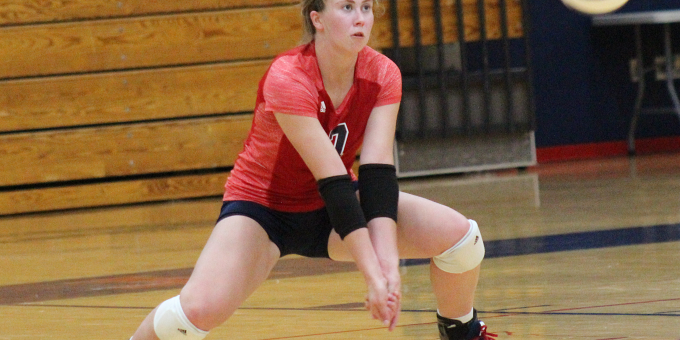 In the opener, BNL powered to a 24-21 lead before Mater Dei (8-8) fought back in the first set. Annie Waggoner scored the set point with a push-tip. But the Stars couldn’t keep that momentum, falling behind in each of the next two sets.

The fourth set was a tense clash. BNL surged to a 22-18 lead before the Wildcats scratched back even. From that point, the teams exchanged points. Waggoner dumped another tip for a 24-24 deadlock, Carlee Kern hammered down two kills to save match points. But Mater Dei’s Janelle Schapker smacked down a kill, and her next blast accounted for the final point.

Kern finished with 14 kills, Maddy Bennett totaled 8 kills and 10 digs, Hayley Davis had 9 digs and Waggoner added 10 digs in the first round.

The Braves (16-2) ripped in front behind the power of Courtney Jones, a Div. I recruit at the net, and were never threatened. Bennett had 5 kills, Kern totaled 4 kills and 4 digs.

“I thought everyone did something well today and we were bigger at the net than normal,” BNL coach Gabrielle Arthur said. “We had good touches on blocks, we did a better job connecting as hitter/setters and putting the ball down. The girls fought til the very last point of the game.”

BNL will seek to end its six-match losing streak when it visits Columbus East on Tuesday.