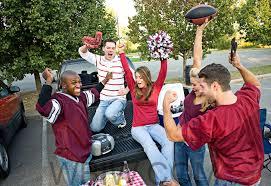 INDIANA – Fall means the return of football season – Friday night lights, cheering on the team, and the joys of tailgating. But with fall’s arrival, it’s important to remember that there is a good kind of tailgating with grilling and cornhole, and a bad kind of tailgating — following people too closely in your car.

According to the National Transportation Safety Board (NTSB), rear-end collisions are responsible for approximately 950,000 injuries and 2,000 deaths every year, and they are often caused by drivers who are following too close and not paying attention. It’s important to remain safe on the road this fall, and experts from SafeAuto have tips to help you avoid a major fumble behind the wheel: