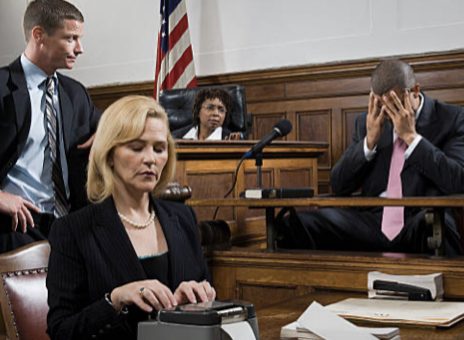 LAWRENCE CO. – Lawrence County judges asked that all their court reporters be placed on the same pay schedule during the county council meeting Tuesday night.

“All of the judges have agreed this is acceptable practice in dealing with helping to increase pay for their court reporters,” said Lawrence County President Scott Smith.

Each administrator will also receive a $500 increase in their salaries.

Lawrence County Superior Court I Judge John Plummer III’s budget was similar to his budget over the last three years with the only key difference of making a request for all court reporters to receive a 6 percent salary increase.

“I have tried to be conservative in my budget,” said Judge Plummer III.

The local courts have experience turnover with a couple of court reporters leaving for better-paying jobs. In the last year, two court reporters have left which requires a lot of time to find qualified applicants to fill those vacancies.

There are several qualifications and requirements that are labor-intensive to find those applicants who meet the expectations, training, and follow Indiana State law in performing the duties required. One position was open for more than six months in order to find a qualified applicant to fill the vacancy, Judge Plummer III added.

A court reporter types a real-time transcription of everything that happens in a court of law.

In Indiana, there are no legislative mandated licensing requirements. However, since court reporting demands a specific skill set, there are established, and unofficial requirements. Judge Plummer III handed the Lawrence County Council three books that court reporters must have knowledge in.

When there are appeals of a criminal case a court reporter must be able to provide a transcript of the proceedings which takes a lot of time. The demands of the job are very high with a reporter who may come in at 7:30 a.m. work through their lunch hour to end their shift by 4:35 p.m.

In addition, the training for the position is left up to the judges themselves who must provide on-the-job training.

Here is the budget request for the three courts:

The budget increases in the court budgets were largely in part due to the proposed salary increases and some office equipment for Lawrence County Superior Court II Juge Bob Cline.