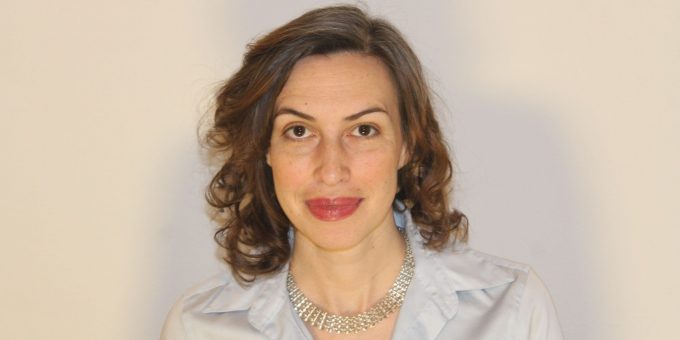 BLOOMINGTON – Mayor John Hamilton has announced that Holly Warren is the City’s new Assistant Director for the Arts in the Economic and Sustainable Development Department.

The Assistant Director for the Arts represents the City to other organizations in matters related to arts and culture, oversees and coordinates public art projects, cultural activities, and community events, and supports community artists and cultural organizations.  Warren, who began September 7, succeeds Sean Starowitz, who served in this role from 2016 until 2021.  Warren’s annual salary will be $56,746.05.

Warren brings to the position extensive experience in arts administration spanning facility management, curation, event planning, programming, engagement, and development.  Warren comes to Bloomington from Chicago, where she most recently served as Assistant Director of Events and Operations at the University of Chicago’s Logan Center for the Arts.  Warren has worked as Engagement Coordinator for Northwestern University’s Block Museum of Art in Evanston and Assistant to the Chair of the Departments of Art History, Honors, and Visual & Critical Studies at the School of Visual Arts in New York.  Warren also publishes cultural criticism and poetry and has organized exhibitions, events, and programs for a Chicago-based art gallery and artists’ collective over the past decade.  Warren holds a Master of Fine Arts degree from the School of the Art Institute of Chicago and a Bachelor of Arts degree from the University of Chicago.

“We are thrilled to welcome Holly Warren to Bloomington at a very exciting time for the arts,” said Mayor John Hamilton.  “The arts are at the core of Bloomington’s identity and our economy, but the pandemic has dealt this sector some serious blows.  As we prepare the Waldron for its new chapter, expand investment in our many arts organizations, and look to raise our city’s performing and visual arts profile ever higher, Holly’s extensive experience and creative vision will serve Bloomington well.”

As Assistant Director for the Arts, Warren will lead the City’s arts and cultural initiatives, including the current reactivation of the John Waldron Arts Center, the development of public art projects through the One Percent for the Arts Ordinance, and the many partnerships with community-based and Indiana University-affiliated cultural organizations.  As staff liaison to the Bloomington Arts Commission, Warren will facilitate the distribution of grant funding to area art organizations.  Warren will also direct the planning and development of the Bloomington Entertainment and Arts District (BEAD) and support the Bloomington Urban Enterprise Association (BUEA).

“Even before moving to Bloomington, I was well aware of the breadth and depth of arts activity in the city,” said Warren.  “As I’ve learned more about the city, I’ve grown impressed by how much the City values the arts, and I’m honored to have the opportunity to dive in to work in support of its artists and arts groups, and to bring more visibility to the arts in the city.”

Holly Warren, Assistant Director for the Arts, may be contacted at holly.warren@bloomington.in.gov or (812) 349-3534.