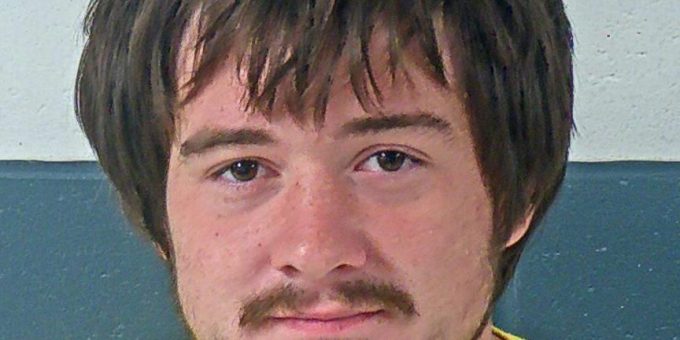 BEDFORD – A Bedford man was arrested after police investigated three different cases of someone breaking into vehicles and stealing items.

Police arrested 21-year-old Bryson Humphrey on charges of unauthorized use of a vehicle in the commission of a crime and theft.

On August 11, 2021, a woman went to the Bedford Police Department to report she was getting ready for work between 5 a.m. and 6 a.m. and received an alert on her phone from her front door security camera. The camera captured a photo of Humphrey taking two cans of Coke from her front porch.

Police obtained a copy of the video surveillance.

The information was forwarded to the Lawrence County Prosecutor’s Office and a warrant was issued for Humphrey’s arrest on a charge of theft.

On the same day, officers were called to a home in the 1100 block of 10th Street to report items were stolen from a vehicle. The resident reported both of their vehicles had been entered and coins had been taken from the vehicle.

The family said whoever entered the vehicle left prints on the door and the crime was caught on video.

Police swabbed both vehicles for DNA.

Police say the male captured on video was Humphrey.

Police then received another report of a theft from yet another vehicle.

The male reported his wallet and other items had been stolen from his vehicle. The man then reported someone had found his driver’s license and military identification in the Lincoln Plaza parking lot.

Officers located Humphrey in the woods behind the old railroad depot and Hawkins Bailey Warehouse. He denied breaking into the vehicles. Humphrey did tell police he had purchased alcohol with some coins and police found him with $21 in coins in his pocket. Officers also found credit cards and prescription medications in Humphrey’s backpack that belonged to one of the owners of the vehicles. Humphrey told police he didn’t know where he got the items or coins.

The information was forwarded to the Lawrence County Prosecutor’s Office and a warrant was issued for Humphrey’s arrest.