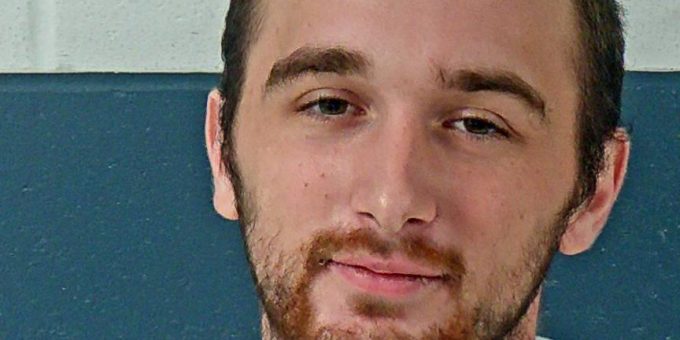 BEDFORD – A Bedford man was arrested on Tuesday after an Indiana State Police trooper was called to a residence in the 460 block of Johnson Lane Tuesday for a report of a domestic fight.

When the trooper arrived he found several people standing outside of the home.

A woman told the trooper a few family members had tried to talk to her son 24-year-old William Boggs about his addiction problem. When the woman went to pick up a black box in Bogg’s room he became angry and pulled the box out of her hands.

The woman told the trooper she saw her son’s drugs and syringes in the box.

The disagreement caused another family member to call 911.

The woman told the trooper the family was concerned about how “bad his addiction is”.

She told the trooper she had found “many syringes scattered all over the house that William has used”.

The trooper then spoke to Boggs, who said he was angry “when his mom woke him up and tried to take the lockbox from him”.

Boggs told the trooper his family wants him to go to rehab for his addiction to heroin. Boggs’ girlfriend told the trooper she goes into Boggs’ room each morning “hoping that he still has a pulse”.

The trooper found enough used needles throughout the home to make a large pile. A glass pipe that contained marijuana residue, a cigarette wrapper containing marijuana buds, and 72 grams of marijuana were also located.

A total of 135 needles were found. There were 85 used syringes and 50 new syringes. The trooper also found a baggie containing used cotton balls from previous heroin injections.

Additonal drug paraphernalia was later found in a lockbox.