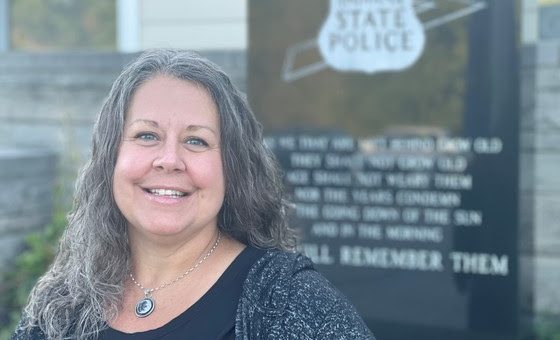 BLOOMINGTON – Indiana State Police Superintendent Douglas Carter has announced the promotion of Region III Dispatch Center Shift Supervisor Paula Summitt to the position of regional dispatch center manager. She was chosen after a promotion process that included an oral interview and review of overall her work performance.

Paula and her husband Chris reside in Spencer and have two grown children and two grandchildren.

If you are interested in a career with the Indiana State Police, visit in.gov/isp and click civilian opportunities.