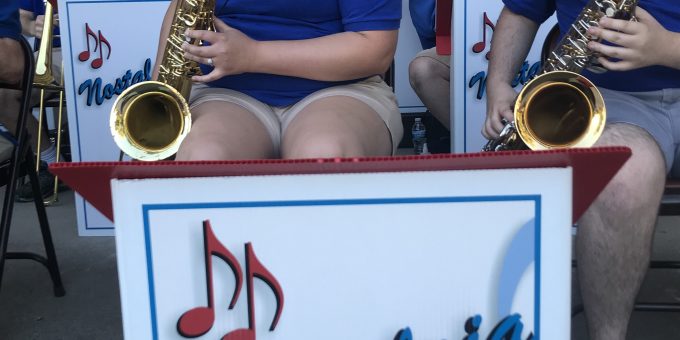 BEDFORD – The music filled the air Monday evening to honor a long-time band member Mel Chance who passed away in December from complications of COVID-19.

“He was a great friend to us, and we dedicate this evening to him,” said Frank Battaglia Band Director.

The Nostalgia Band is an offshoot of the Community Band that was formed about 25 years.

A nice crowd attended the event. The crowd enjoyed music from every decade, from a variety of music genres including rock, jazz, and movie theme songs. Some of them included Toto’s Africa, and On The Sunny Side of the Street.

The decades of music ranging from 1920 to 1990 provided some toe-tapping, and soft music transporting people to another time and place.

Music was not only played but sung with “Can You Feel The Love Tonight” and “The Tennessee Waltz”.

The music brought smiles and to many and uplifted many. Several got out of their seats and danced to the beat and rhythm of the band.

“We are thrilled to have such a beautiful evening, thrilled to be able to play for folks during this crazy period of time, where we can fellowship together and share some wonderful music,” said Frank Battaglia Band director for the group.

Nostalgia band tries to perform about six concerts a year, however, some of those have been reduced due to COVID-19. There are currently about 18 band members which include a vocalist.

It was a perfect evening with the sun shining as the music wafted through the hills of Otis Park.