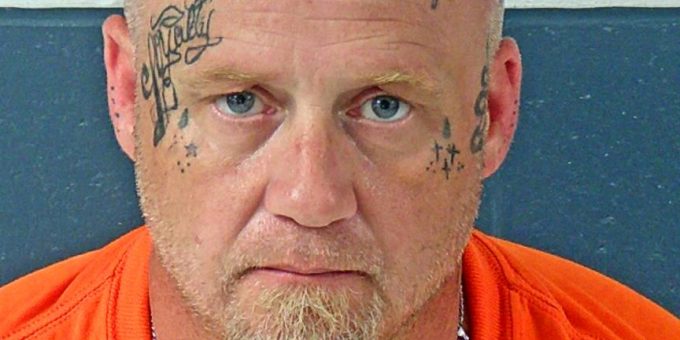 BEDFORD – A man was arrested Sunday after Lawrence County Sheriff’s Department deputies were alerted to possible drug activities in a hotel room in the 1700 block of M Street.

When police went to the hotel room they made contact with 44-year-old Aaron Pinkston.

He told police he was not selling drugs out of the hotel and gave officers permission to search the room.

Police found eight grams of meth between a nightstand and the bed.

Pinkston said the drugs were not his but belonged to two women he had brought to the room on Saturday.

Inside the nightstand, officers found three grams of heroin and a scale.

Inside a duffle bag, which Pinkston said belonged to one of the females, officers found a syringe, spoon, and condoms.

Pinkston again denied dealing drugs and said the females were, but did state the females wanted him to help them sell the drugs.