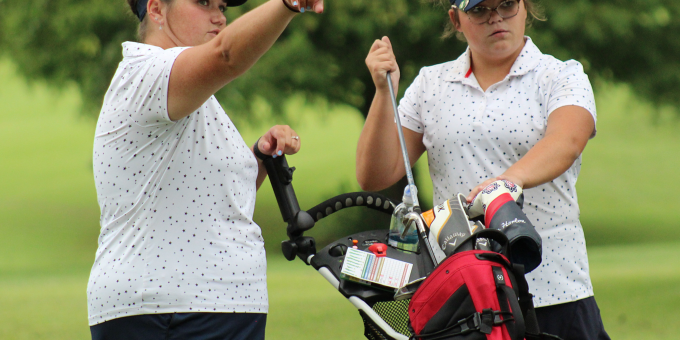 The Wildcats, with Avery Bartley earning medalist honors with a 3-over 40, carded a team total of 177 while the Stars settled for 178.

“It’s always a bummer to lose by one stroke,“ BNL coach Kori Johnston said. “But we’re taking it as a learning experience that every stroke matters in golf.”

Ellie Horton paced the Stars with a 42 that included two birdies (the seventh and ninth holes). Her only glitch was a two-stroke penalty on the par-5 6th hole and a triple-bogey on the second.

”Ellie played really well tonight,” Johnston said. “She hit a lot of good shots and came through with two birdies. She had two bad holes. She ran into a ruling issue on hole 6 that cost her a 2-stroke penalty. But she did a great job of recovering from the ruling mishap and finished the hole strong. Her mental game was way better tonight.”

Chloe McFaddin had eight ‘5s’ on her scorecard and totaled 3 pars for her 43. Kenley Craig (46) and Daphney Sproles (47) completed the BNL scoring.

”Chloe was pretty steady today,” Johnston said. “She hit the ball well overall and did a good job of recovering from bad shots to save a good score for us. Kenley’s score jumped a little, mostly due to chipping issues. But I’m not worried about her – she’s fired up about working on it tomorrow at practice. So we’ll get her squared away and back in the low 40s.”

Bartley had six pars and a birdie on the par-5 fifth hole for the Wildcats.

BNL will host Brownstown on Thursday.