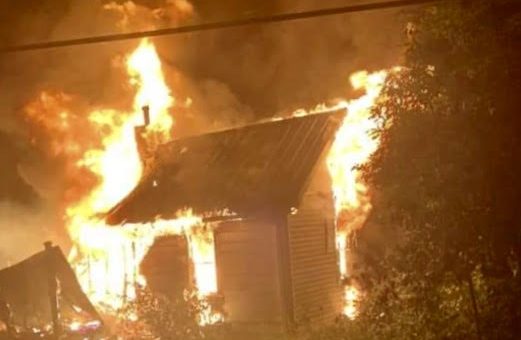 HELTONVILLE – Firefighters responded to an early morning house fire in the 3000 block of Coveyville Road, Sunday morning. When firefighters arrived they found heavy smoke and fire coming from the home.

Pleasant Run and Marshall Township firefighters were dispatched to the fire at 4:07 a.m. and were later joined by the Monroe Fire Protection District and Shawswick Volunteer Fire Department who provided tanker support.

According to Fire Chief Chad Hillenburg, the home was being used as a rental home, but no one was at the residence at the time of the fire.

Firefighters were able to get the fire under control in about 30 minutes.

The Indiana State Fire Marshal’s Office will be investigating the fire to determine the cause.

No injuries were reported as a Seals Ambulance crew stood by at the fire scene.

Firefighters from Pleasant Run Township and Marshall Township returned Sunday afternoon following a rekindle of the fire at 2:15 p.m.