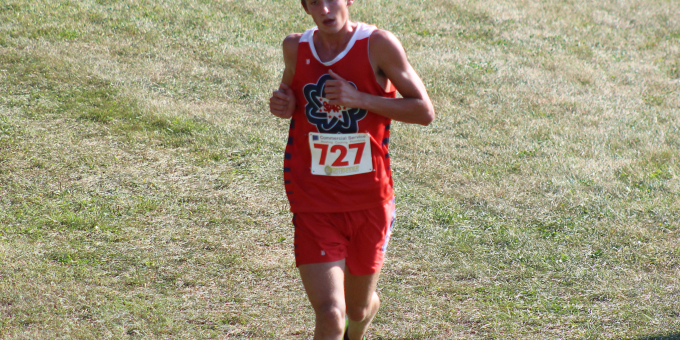 The Stars, in a field with five teams ranked among the top 15 in the latest IATCCC state poll, totaled 448 points. No.2 Columbus North, with four runners among the top six finishers, won the team title with 27 points, followed by No.8 Noblesville (81) and No.6 Bloomington North (84).

“We are getting stronger together, and getting our racing feet going,” BNL coach Jon Calhoun said. “I am happy on how we progressed from last race to this week. Everyone who ran today had a season PR on a great course with a great field. We know we are not there, but this team has the goal mindset toward being at our best toward postseason.

“Even though we didn’t have anyone in the 17s yet, it was a better race as running as a team. We did not get out like we should of, which got us out of position quickly with this big field. However, the fight in the second half of the race showed that this team is moving in the right direction, working on packing it up and moving the pack forward.

“Cole had a really good second half of the race, which propelled him closer to breaking 18 for the year. I am hoping this will be his breakout race after having a racing funk the previous races.”

Columbus North’s Reese Kilbarger-Stumpff was the individual champion in 15:04.2.

BNL will compete in the Eagle Classic at Brown County on Sept. 11.