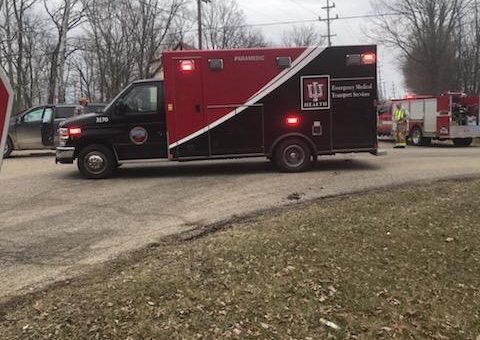 BEDFORD – IU Health Bedford Hospital has notified both Lawrence County 911 and Bedford 911 dispatch centers that they will be discontinuing their EMS dispatch services effective October 1st.

Prior to this development, emergency calls were transferred to IU Health Bedford to dispatch their own ambulances to emergency scenes.

All 911 centers in Indiana are required to have dispatchers trained as emergency medical dispatchers to provide emergency instructions prior to the arrival of an ambulance.

Lawrence County Sheriff Mike Branham stated they have asked IU Health Bedford to extend the deadline so protocols and procedures for the dispatching of ambulances could be ironed out between the two agencies.

When giving out pre-arrival instructions, it will require the dispatcher to remain on the line and may require more manpower to staff the 9-1-1 centers.

“All departments are working with IU Health, Lawrence County 911, City of Bedford, and Lawrence County as the issues move forward to make sure medical calls will be handled in a professional manner. There are several issues that need to be addressed and the 911 board has asked for an extension on the October 1st, deadline,” according to Lawrence County Emergency Management Director, Valarie Luchauer.

The State of Indiana has moved to regional dispatch centers for the dispatching of Indiana State Police, and Indiana Conservation Law Enforcement Divisions. State officials have, over the past few years, pushed counties to have only one central dispatch center.

Lawrence County 911 Central Dispatch also dispatches for the Seals Ambulance Service who has remote stations at the Town of Oolitic and the City of Mitchell.

WBIW will keep the public updated as this transition progresses.