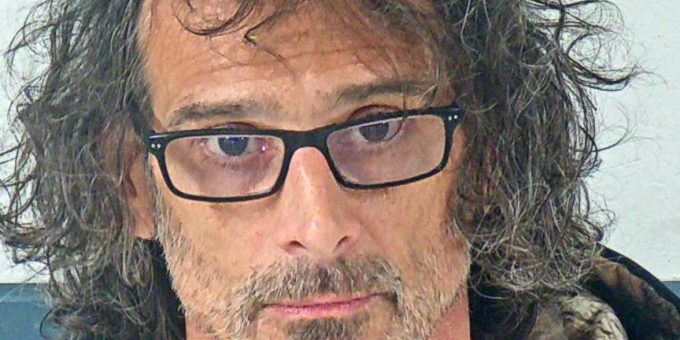 MITCHELL – A Kendallville man was arrested Tuesday after Mitchell Police officers were called to the 1180 block of South Meridian Road after a report of a domestic fight.

When officers arrived they spoke with an elderly woman who explained to police that 53-year-old Norman Hightshoe and another female had been fighting all day off and on.

Officers found Hightshoe in one bedroom and the female in another.  The female woman told police Hightshoe spat in her face and he was wanted on a warrant for failure to appear in Noble County. Police then spoke to Hightshoe who denied the allegations.

Officers then confirmed Hightshoe was wanted on a warrant and he was detained. He was also charged with possession of meth, marijuana, and drug paraphernalia after officers found two mason jars housing marijuana and a smoking pipe with meth residue on it in Hightshoe’s bedroom.

Hightshoe told police he smoked the drug for medicinal purposes.