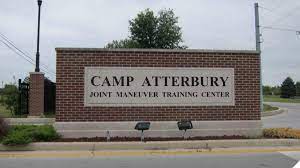 JOHNSON CO. – Camp Atterbury located in Johnson County will be used to provide temporary housing and support for people evacuated from Afghanistan.

U.S. Secretary of Defense Lloyd Austin authorized the move Tuesday as part of Operation Allies Refuge, according to a statement from U.S. Northern Command.

“As Hoosiers, we are proud to do our part and provide a temporary home for Afghan evacuees who have supported this nation,” Gov. Eric J. Holcomb said in a statement. “Our federal partners are taking necessary and appropriate steps to establish that there is a smooth process to allow these men, women, and children to quickly find their permanent home across the United States. I have faith in the Indiana National Guard’s ability to support this federal mission.”

U.S. Rep. Greg Pence, R-Indiana, said on Twitter that capacity at Camp Atterbury will be increased to support about 5,000 people in the next week and that U.S. Northern Command estimated it will reach initial operational capability in the next few days.

Senator Mike Braun stated, “As around 5,000 evacuated Afghans will be temporarily housed at Indiana’s Camp Atterbury while they are vetted for resettlement across the country, it is extremely important that all local units of government and first responders know who they are, how many, and what part of the vetting process they’re in so Hoosiers do not suffer the fallout of President Biden’s disastrous withdrawal. I have communicated to the relevant federal departments that vetting details and any plans for resettlement must be transparent and public so we can honor our commitments to our Afghan allies while keeping Hoosier communities safe.”

The U.S. says approximately 123,000 people, including about 6,000 Americans, were flown out of Afghanistan throughout the evacuation process.