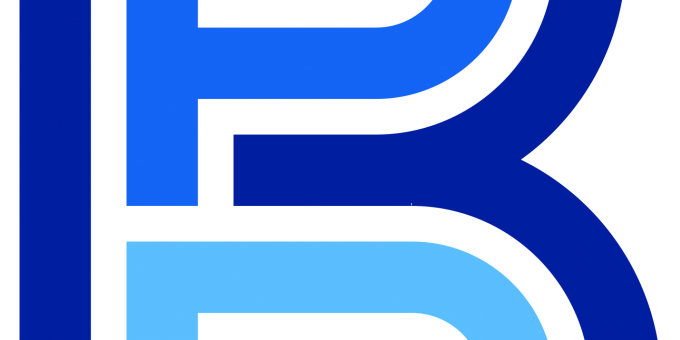 The first show of the season Manhunt II will be a virtual performance. The remainder of the BPP season will take place live at the BPP, downtown Bloomington.

The Bloomington Playwrights Project strives to be a leading artistic force in the production and encouragement of new plays. The BPP provides opportunities for development, education, and production for promising and established writers and theater artists in a professional environment.

Following the success of BPP’s revolutionary, virtual “In The Box” season, the BPP will open its season with the sequel to last season’s breakout hit, Manhunt II running October 27-30, directed by BPP’s own Chad Rabinovitz. Put your sleuthing skills to the test in this virtual thriller to save the head of the National Detective Agency, Malcolm Hughes (Marcus Kearns). He has been kidnapped and it’s up to the audience to locate where he’s being held hostage. Before his capture, this clever detective was able to send an envelope to your doorstep containing clues to his whereabouts. With the help of NDA’s newest Agent (Mike Nappi), your mission is to save Detective Hughes – but hurry, his life and the future of the NDA are at stake.

“Our virtual entertainment this past season was a huge success, playing to sold-out audiences in 36 states,” says Chad Rabinovitz.  “MANHUNT was by far the most popular in our virtual season and I’m thrilled to be bringing another interactive adventure to our patrons.”

BPP will present its first live show in the Ted Jones playhouse in nearly 2 years, December 8-18. Just Between the All of Us, is a romantic “choose your own adventure” musical comedy, and BPP’s Reva Shiner Comedy Award Winner. Music by David Christensen, Book and Lyrics by Sarah Ziegler Blair, and Kellen Blair, directed by Scott Weinstein (She Kills Monsters, Ampersand). Owens is the ER doctor who has it all – a successful career, great friends, and nothing but blue skies ahead. But when Madeline’s hospital selects her to receive their most prestigious award at the year-end gala, she must choose between four perfect dates: Chad, Adam, Luke, and Phil. Who will she decide? That’s where YOU come in – in the world’s first-ever Choose Your Own Adventure musical! It’s the toe-tapping romantic comedy where every decision the audience makes will send Madeline down a new path. But will that path lead to love? The choice is yours.

BPP’s first show of 2022 is Modern, taking place February 4-19. From the composer of two of BPP’s biggest hit musicals of all time: TOAST and ISLAND SONG. Book and Lyrics by Selda Sahin, Music by Derek Gregor. This powerful musical drama follows a group of Amish teenagers on their Rumspringa, a period when Amish teens are given greater personal freedom ending with a choice: be baptized into the church or leave forever. As they all move in together only a few miles away from their small community, they face the struggle for love, tradition, family, and faith—and who they’ll soon become.

A BPP commission takes the stage March 25-April 9, Heist. Written by Arun Lakra, a multi-award-winning Canadian playwright, (SEQUENCE). Directed by Chad Rabinovitz. This is a play so new there’s not even a description for it yet! But this much is known: it will bring to the stage a genre that has eluded theatre for centuries – the classic Heist. BPP is developing a highly theatrical event unlike anything seen on its stage before – think Oceans 11…but even cooler…and with more attractive actors.

The final mainstage show of BPP’s season is Sharyn Rothstein’s thought-provoking comedy, Tell Me I’m Not Crazy. The show will run May 13-28, directed by Jonathan Michaelsen. Forced into retirement and unsettled by the changing world around him, Sol Koening buys himself a gun—and his family is up in arms. His wife Diana thought they’d spend more time together and with the grandkids, but Sol’s new hobby puts a bullet in that plan. Meanwhile, their son Nate is trying to be a good stay-at-home dad while his jet-setting wife Alisa climbs the corporate ladder, and school is calling with concerns about their kid. This gripping comedy asks how one small firearm redefines a family and how two generations confront what it means to succeed and to sacrifice in America today.

Special events for the season will include BPP’s annual fundraisers: The PlayOffs and BPP’s Chopped: New Play Gourmet.

Flexible season passes are on sale now. You can purchase 5 tickets for $90 (save up to $45) or $80 for seniors/students. Tickets can be used any way you’d like, one ticket for each show or all tickets for one show. BPP also offers free and easy ticket exchanges. Individual tickets are on sale now ranging from $15-$25.

Packages and tickets to individual shows may be purchased by calling 812-323-3020, In person at 114 E Kirkwood Ave, Downtown Bloomington, or online. For more information on the full season, including detailed show descriptions and online ticket purchase, visit www.newplays.org.

About Bloomington Playwrights ProjectFounded in 1979, BPP is the only professional theatre in the entire state of Indiana focused solely on new plays. BPP is a non-profit. What you see at BPP, you can’t see anywhere else in the world. Over the last 40+ years, BPP has developed and produced more than 500 new plays and musicals, many of which have gone on to reach significant success. A typical BPP season includes five mainstage shows and three special events all taking place in the beautifully renovated Ted Jones Playhouse. The Ted Jones Playhouse is an 86-seat performing arts theater purchased by the BPP in 2016. In addition to artistic excellence, BPP is synonymous with arts education, having the longest running theatre training program in the area.