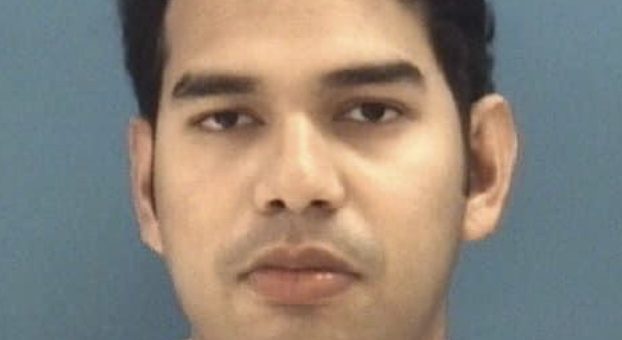 COLUMBUS – A student of Columbus East High School was struck and killed while attempting to board a school bus early Monday morning. The driver of the hit and run vehicle has been arrested.

According to the Bartholomew County Sheriff’s Department, the fatal hit-and-run occurred in the 1900 block of South Gladstone Avenue at approximately 6:55 a.m.

Witnesses told police the student was attempting to board a stopped school bus when the child was struck by a passenger car. After striking the student, the driver of the car fled the scene. Police say a witness who observed the crash followed the fleeing vehicle. Police stopped the vehicle on County Road 250 East and arrested the driver

The student was transported to Columbus Regional Hospital but died as a result of their injuries, police say.

According to Bartholomew County Sheriff Matt Myers “After reviewing different footage of the incident and gathering of witness statements, at this point in the investigation, it appears the bus was stopped with the stop arms extended, and the driver, later identified as Shiam Sunder Shankara Subramari 25, Columbus disregarded the stop arms and struck the victim as they were crossing the street to get on the bus,”

The suspect was followed by a witness who later became stuck in a yard. Bartholomew County Sheriff’s Department deputies and Columbus Police officers located the suspect.

The victim’s name along with the cause of death will be released later by the Bartholomew County Coroner’s office. The investigation continues.