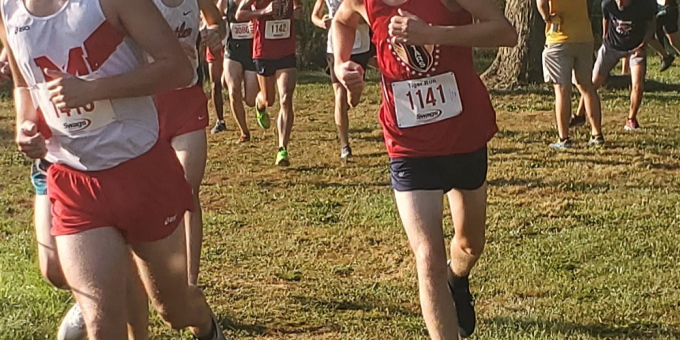 LOUISVILLE – Bedford North Lawrence, with most of its roster back in action after virus quarantine, finished 24th in the prestigious Tiger Run during boys high school cross country action at Champions Park in Louisville on Saturday.

“First of all, it was nice to have almost everyone back to race today,” BNL coach Jon Calhoun said. “Huge improvements from two weeks ago from most of the guys on the team. Since most of the team being quarantined, causing others to not get 10 practices in until this meet, this was half the team’s first race of the year. In my mindset, even though this is our third race, this is the start of the season for us.

“We made huge improvements. However, as a team we can’t be complacent. We have to find that extra gear these next couple of races which are huge fields (Columbus North and Brown County). The times will come, but we need to find that strength to compete and race the person next to us.”

“We are going to keep on building that pack mentality, especially with the top five individuals,” Calhoun said. “That is going to be key for our success towards postseason.”

Fern Creek’s Jimmy Mullarkey was the individual champion in 15:07.12.

The Stars will compete in the North Harrison Invitational on Thursday.