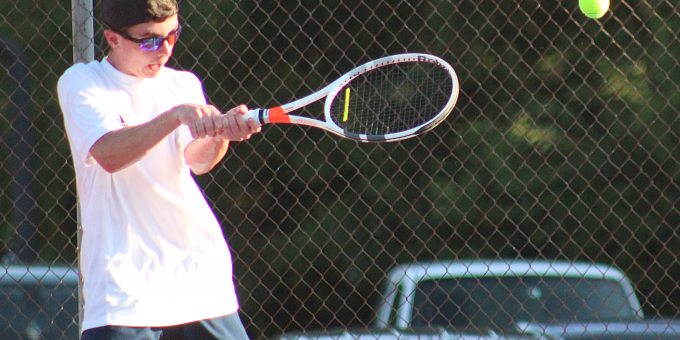 The Stars (4-4) swept the doubles and won both lower singles.

“There was a lot of solid play from every spot,” BNL coach Chris Kurtz said. “It was extremely hot, and it started slow on a few courts, but each player found something in his game. I like the direction things are moving, for sure. They are competing better for each time out.

“I’m especially impressed with what Graham and Carter have done the last couple of matches. It’s exactly what we need from the 2 and 3 players.”

“I was more aggressive tonight, and way more consistent,” Turner said. “I wasn’t trying to go for winners with every shot.”

In doubles, Cameron Gratzer and Jayden Kemp powered past Austen Deckard and Trevor Shields 6-1, 6-0 at No.1. Nate Pemberton and Caleb Jones improved to 6-0 as a tandem with a 7-5, 6-1 triumph over Jon Kirchoffer and Owen East at No.2.

The Stars will visit Loogootee on Tuesday.