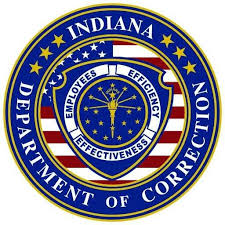 ROCKVILLE – Two staff at the Rockville Correctional Facility (RCF) are transitioning to other areas of responsibility.  Shelbi Parsons is joining RCF’s Investigations and Intelligence Division as an Analyst, and Regina Warren joins RCF’s Unit Team as an Intake Classification Specialist.

Shelbi began her career here at RCF as a Correctional Officer in January 2020. Since that time, she’s taken every training opportunity that came her way enabling her to work nearly any facility custody post. Amongst Shelbi’s most notable accomplishments is her service to the Indiana Department of Correction (IDOC) Southern Region Situation Control Team (SITCON). SITCON is a group of correctional professionals who are trained in negotiation tactics. Ms. Parsons will now assist Investigations and Intelligence by analyzing potential security threats and attempted illegal activity.

Regina began her IDOC career as a Correctional Officer at the Putnamville Correctional Facility (ISF). She also took advantage of several training opportunities throughout her journey resulting in her ability to work in nearly any facility post. By coupling her adaptability and leadership skills, Regina earned a promotion to Correctional Sergeant, a first-line supervisory role for correctional officers. In her new assignment, Ms. Warren will help identify the needs of newly incarcerated offenders, as well as coordinate their reentry plans. Reentry Plans are tantamount to preparing offenders for societal reintegration after incarceration.

Roger Chapman, RCF’s I&I Lead Investigator commented, “Shelbi Parsons brings to the table an enthusiastic approach to a job where the smallest details could have a major impact on the safety and security of the facility.”

“Regina Warren’s vast knowledge and experience within the IDOC are sure to make her a valuable addition to our Intake team. We’re excited to watch her excel in her new position,” said RCF Classification Supervisor Meredith Loden.