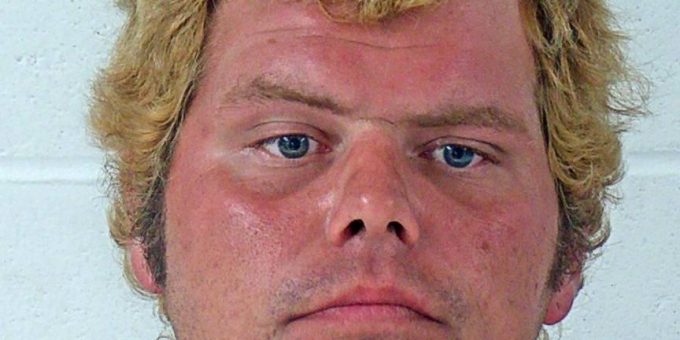 MITCHELL – A Mitchell man was arrested on a warrant after police say he failed to care for his pets and was discarding their dead carcasses over a fence.

Mitchell Police arrested 35-year-old Trent Guthrie on a charge of cruelty to animals.

On July 22, Mitchell Police officers went to the 340 block of Bartlett Drive to follow up on a report on animal cruelty and improper disposal of deceased animals.

When police went to the home they found a malnourished dog chained in the backyard with no food or water. They also found four dogs in pens filled with feces.

Officers found animal remains including those of dogs dumped at the back of the property.

Police reported, “the smell was overwhelming with animal feces and with the rotting animals that had been thrown over the fence”.

Guthrie was told to clean up the property and care for the animals.

Officers returned on July 25th. Conditions had not improved and one dog, whose health was in jeopardy was seized from the property.

Guthrie was warned again if he did not clean up the living conditions officers would return and remove the other dogs from the property.

The information was forwarded to the Lawrence County Prosecutor’s Office and a warrant was issued for Guthrie’s arrest.