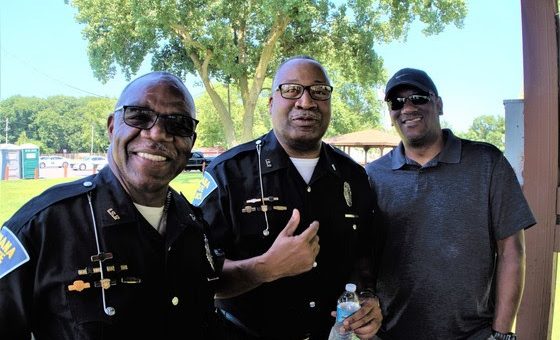 INDIANA – Recently, Master Trooper Lionel Douglas completed his final shift as an Indiana State Trooper after a 33 ½ year career.   After graduating high school at Gary Roosevelt in 1979 and completing Lincoln Technical Institute in Indianapolis, M/Trp. Douglas was hired by the Indiana State Police in 1988 and graduated from the 46th recruit class.

After completing that assignment, he returned to the Lowell Post in 2006 where he finished out his career in Zone 1, Lake County.  During his career, he was assigned to T.I.P. (Tactical Intervention Platoon) and was an F.T.O. (Field Training Officer).  He finished his career with over 700,000 accident-free miles.

In his retirement, Lionel plans on enjoying each day as they come and plans to travel with his family.

The Indiana State Police Lowell Post would like to thank M/Trp. Lionel Douglas for his service to the citizens of Indiana, and to enjoy your well-deserved retirement.