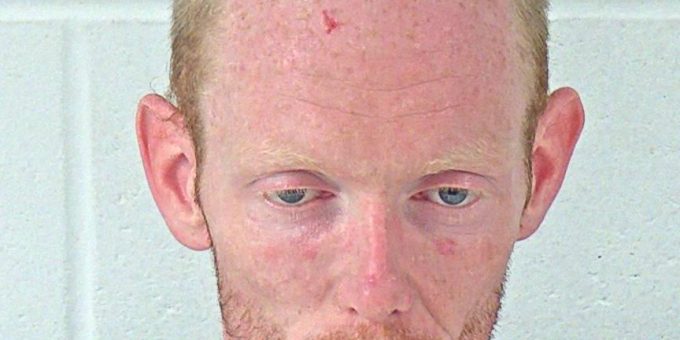 BEDFORD – A Bedford man was arrested Friday afternoon after Bedford Police officers were called to Walmart after a report of a suspicious man walking around the store with his hands down his pants.

When officers arrived they were told the male was near the pharmacy causing a disturbance while yelling at an individual that he was having a telephone conversation with.

Officers found 34-year-old Eric King sitting on a bench rocking back and forth.

Police say King was under the influence of possible drugs.

King was detained. In his pockets police found a used syringe containing a brown liquid and a cellophane wrapper containing a tan powder substance that tested positive for heroin.