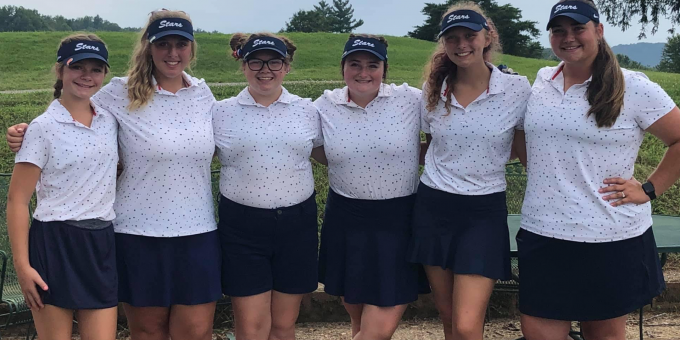 The Stars, still playing without two top players, posted a team total of 370. No.8 Floyd Central won the title with 302 while No.6 Evansville North was second with 307.

Sproles fired an 84 that included seven pars, and Craig added an 85 (with a birdie on 9 and seven pars) for BNL.

“Those scores are what they should be shooting,” BNL coach Kori Johnston said. “Now they’ve busted that wall down, it will be easier the next time around.

“They hitting the ball way better. Daphney was just pounding drives and Kenley is finally hitting it straight. And we’ve worked a lot on putting. It’s paying off.”

Bella Landstrom (100) and Nora Howat (101) completed the scoring for the Stars.

North’s Reagan Sohn was the medalist with a 3-under 69 while teammate Faith Johnson carded 70. Floyd’s Paige Giovenco fired a 71.