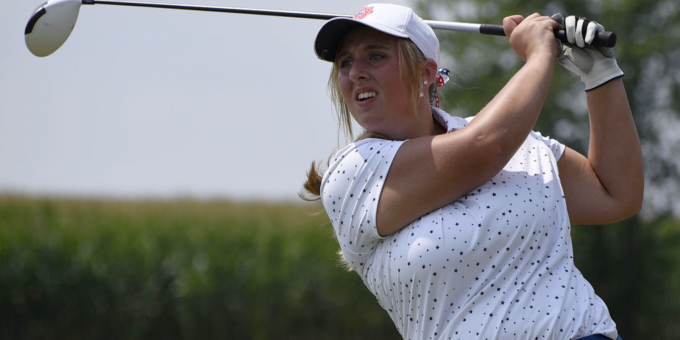 BEDFORD – Kenley Craig carded three pars and posted a 45 while leading Bedford North Lawrence to a 198-201 victory over Bloomington South on the back nine at Otis Park on Thursday.

Daphney Sproles fired a 47 on the par-35 back side as the Stars prevailed despite the absence of two top players (Chloe McFaddin and Ellie Horton) because of virus tracing protocols.

“We definitely missed them tonight but that’s the positive to having such a big roster,” BNL coach Kori Johnston said. “We have a lot of players that can step in when we need them. With two of our typical top five out, tonight’s score was pretty good. We got the win, which is always nice, too.”

Craig parred the 10th, 11th and 18th holes, BNL freshman Bella Landstrom, who was notified she would be playing in the lineup just two hours before tee time, posted 52 while Samantha Biel and Nora Howat completed the team scoring with 54.

“Bella went from spectating to playing and she definitely stepped up to the plate for us,” Johnston said. “She played with confidence tonight and hit a lot of really good shots.”

Melanie Southern was the medalist for the Panthers with 43.

The Stars will visit Floyd Central on Saturday.