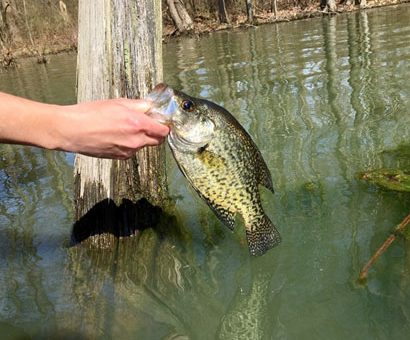 INDIANA – Late summer is a difficult time for fish in your pond. Temperatures are peaking, and this can cause some biological changes in the water.

These changes could result in less oxygen, causing fish to suffocate. Properly aerating your pond (adding oxygen) and avoiding application of chemicals during late summer are key to ensuring your fish survive. Learn more about fish kills and techniques to avoid them on the Department of Natural Resources pond management page or check out their pond management guide.

Unfortunately, ponds occasionally undergo a fish kill, where many (sometimes all) fish die at the same time. While fish kills can occasionally be caused by a pollutant or chemical, they are most often caused by low dissolved oxygen.

Most fish kills occur during two periods of the year: late summer or late winter.

During summer, the water at a pond’s surface becomes warmer and less dense than the bottom water, creating distinct layers (called stratification) in the water column. While shallow and surface waters get renewed with oxygen from plants and waves, deeper waters don’t get renewed and can end up having very low oxygen (hypoxia). This hypoxic layer can increase in size as the summer progresses. In late summer, large storms can cause the entire pond to mix, resulting in relatively low oxygen throughout the pond causing a summer fish kill. Summer fish kills can be mitigated by installing aerators pumps to agitate the surface and mix water throughout the pond. Winter fish kills can be mitigated by running an aerator to keep part of the pond unfrozen, or by physically removing snow from part of the pond. Care should be taken if working on frozen ponds.

The winter fish kill process is slightly different. As ponds freeze in winter, oxygen exchange stops at the surface. Luckily, sunlight can still penetrate clear ice allowing plants to grow and create oxygen. However, if snow builds up on top of the ice, it can block sunlight causing plants to die. Bacteria then break-down the dead plants, using oxygen in the process, and lowering the dissolved oxygen in the water. If ponds remain frozen and covered with snow for long periods of time, hypoxic water conditions can result in a winter fish kill.

Suspected fish kills can be reported through the sick or dead wildlife form on the Department of Natural Resources website.