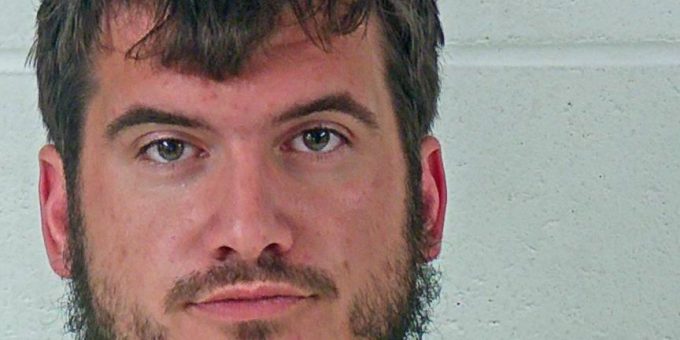 According to a probable cause affidavit, on February 20, 2021, at 5 p.m. a Mitchell Police officer recovered information about a possible stolen vehicle in a field in the Lawrence Port area. The vehicle had been stolen on February 12, 2021. Lawrence County Sheriff’s Department deputies responded and confirmed it was the stolen vehicle. The 1995 Jeep Cherokee was stolen from a home in the 200 block of Pioneer Creek Lane.

The wheels and tires had been stolen off the 1995 Jeep Cherokee and then the vehicle was set on fire, destroying it.

Later that same day police received another tip from a man saying Jackson and another man had come to his home and admitted to stealing the Jeep.

Mitchell Police officers and an Indiana State Police trooper went to Scottsburg but were unable to find the vehicle.

Officers located Jackson’s vehicle on February 23, at Jackson’s home on State Road 235 in Vallonia. The stolen wheels and tires were on Jackson’s vehicle. Police also found stolen 12-inch MTX subs and a Panasonic radio that was taken from the stolen vehicle.

The information was forwarded to the Lawrence County Prosecutor’s Office and a warrant was issued for Jackson’s arrest.