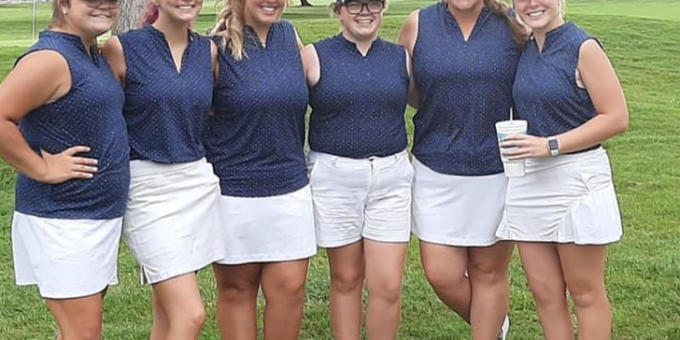 Sproles fired a 4-over 40, including six pars on her scorecard, and Craig added a 41 as the Stars posted a team total of 172. The Owls finished with 184 while the Panthers totaled 188.

“Daphney just hit the ball well,” BNL coach Kori Johnston said. “She was smoking drives, just playing like Daphney. She’s been putting a lot of work in, and I’m proud of her score. Kenley had a lot of really good shots. She’s been battling her swing a little bit, but she had it grooving.“

Chloe McFaddin posted a 43 and Samantha Biel completed the team score with 48. That was 19 shots better than the finish from the front nine at Otis Park just 24 hours earlier.

“They finally started playing like themselves,” Johnston said. “They played a lot better tonight. They seemed a lot more focused, ready to make up for yesterday’s scores. This was definitely the boost they needed, that I needed to see. It’s a game changer for them. They finally broke down that wall.”

Lainey Jackson paced Seymour and matched Sproles (and Jennings’ Sophia Curry) for medalist honors with a 40.

The Stars will face Bloomington South at Otis on Thursday.