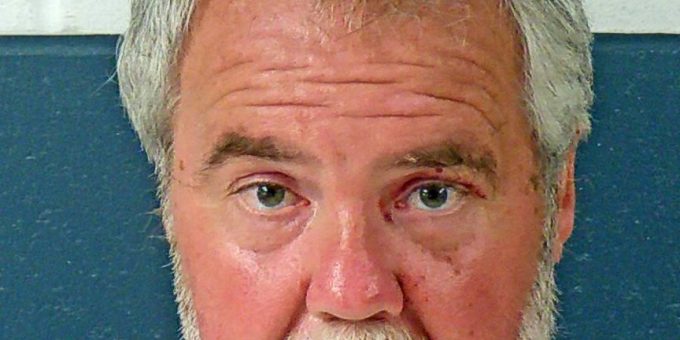 BEDFORD – A Bedford man was arrested on a warrant after Bedford Police say between January 19, 2021, and May 24, 2021, 59-year-old Dennis Dalton, of Bedford, stole from a man in failing health.

Bedford Police officers arrested Dalton on charges of making a false document, theft, and exploitation of an endangered adult.

The victim’s family became concerned about the victim’s financial situation after the victim received a call from his bank in Bloomington. The phone call reported that Dalton had attempted to withdraw $8,000 from the victim’s bank account.

Family members told police the victim was in failing health both physically and mentally.

The victim reported to police that he did not give Dalton permission to withdraw the cash. The man told police that Dalton later came to him and apologized for his actions.

The family learned that Dalton had the victim sign a power of attorney. Dalton also made changes to the victim’s will that included changing the beneficiary of a $250,000 of life insurance policy to himself.

The family then learned that Dalton allegedly withdrew large sums of cash from the victim’s bank account at a bank located in Bedford. Seamless guttering and vinyl siding notations were refelcted on some of the cash withdrawels. Police say the victim’s home does not have new guttering and his house is brick. There are additional cash withdrawals that refelect they were used for healthcare, house cleaning, taxes, and other reasons that the victim did not authorize. Police then learned the notations were false and Dalton used the money for his own personal gain.

The victim also provided investigators with a receipt for $206.16 that was for glass repair. The victim was able to show the investigators that the window was still broken.

Dalton was captured on video surveillance withdrawing the money from the victim’s accounts at the banks.

Investigators then spoke to Dalton, who told them he cared for the victim and helped around the house, mowed his lawn, and spent time with him because “he’s a very lonely man”.

Dalton told police he had invested several thousand of dollars for the victim. He denied that he had previously coerced the victim into having him sign the power of attorney document.

When police questioned Dalton regarding the $10,000 withdrawal from the Bloomington bank, he explained to the investigators “that money could have been used to purchase a truck.”

Dalton was unable to explain what the $5000 withdrawel was used for.

He then admitted to police that the $2,800 withdrawal was “used to pay different bills that I owe, it was for my personal use.”

Dalton also stated that he was wrong and that the victim knew “he was in a bind and told him he could have it”.

The total amount of withdrawals from the two banks totaled approximately $39,630.

Dalton did finally admit that he took money from the victim without his knowledge.