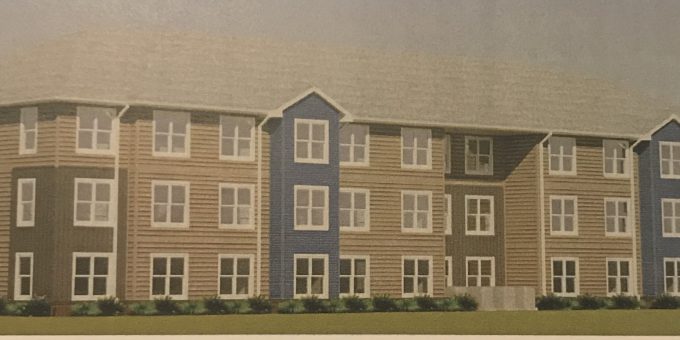 BEDFORD – In their meeting, Monday night the Bedford City Council approved TWG Development LLC’s request to change the zoning from a B-3 designation to R-3 designation. The vote passed 6-1 with Dan Bortner voting against the zoning change.

TWG Development will build a 60 multi-family unit dwelling at the cost of $11 million. The establishment will be built at the former George’s Gateway location at 2201 M Street.

“I understand the need for more affordable housing and the reference in a letter from ROI, however, I am more concerned with the zoning change from commerce that has direct access to a four-lane highway and rezoning it away from commerce to high-density housing,” said Dan Bortner at-large Bedford City Council member.

Several questions were asked by various city council members. The council members also stated it would be a great benefit to the area and would also address the need for housing in the community.

The only stipulation for the approval of the project was to add a fence along the railroad right away parallel to M Street as an added safety measure for residents crossing over the four-lane highway on M Street.

This would allow prospective renters affordable housing and would provide a great place of living for first-time renters or perhaps a stepping stone to transition into the community. For example, a new college graduate that may earn an annual salary of $30,000 a year could begin living in the complex. However, as their pay scale progresses they would still be allowed to stay in the properties until they reach the 60 and 80 percent AMI before they no longer qualify.

Another positive situation this complex may provide to our community and our residents would be once one would inhabit these apartments for four to five years, it would give them the opportunity to establish their credit to allow them to purchase their own home one day.

There will be an on-site leasing office and residential amenities, onsite maintenance staff five days a week, a leasing office, playground equipment all under surveillance with provided security and camera systems in place.

There will be some expenses incurred by the City of Bedford which will be a ten-year tax abatement of $413,000 and an additional cost of $50,000 in-kind such as the construction of sidewalks and dealing with issues at the nearby lift station located at 22nd and M Streets.

Construction of the project is not expected to begin until 2023 with TWG having to apply for the tax credits. The zoning change was the first step in a long process to construct the building.