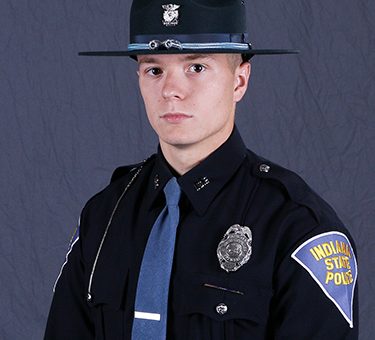 Trooper Matt Hatchett was driving home in his Indiana State Police patrol vehicle just before 4 p.m. Saturday, August 14th when he was flagged down by a group of motorcyclists on Sunset Drive near Sweetwater Lake in Brown County.

The group asked the trooper for help. A woman had crashed her motorcycle and was lying in the grass off the side of the road. Indiana State Police said she was struggling with her injuries and losing consciousness.

Hatchett, who’s been a trooper for nearly four years, grabbed his medical gear and began assessing her injuries. She had severe damage to one of her lower legs which was bleeding profusely.

The woman was flown to an Indianapolis hospital for treatment.

“Even though he was off-duty, Trooper Hatchett put his training into action without hesitation,” said ISP Sgt. Greg Day. “His efforts no doubt saved a life. Our thoughts are certainly with the crash victim and her family.”

The crash is being investigated by the Brown County Sheriff’s Office.