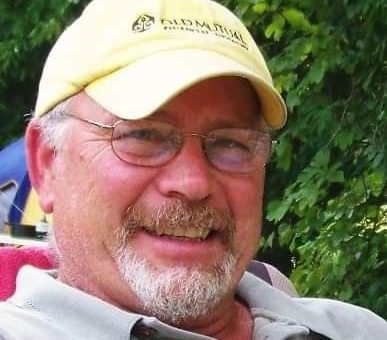 Born October 9, 1945, in Bedford, he was the son of Paul and Eula (Blanton) Wray. He graduated from Shawswick High School with the class of 1964 and attended Vincennes University. He married Marcia Peters on September 18, 1987, and she survives. He owned and operated Wray Produce in Morgantown, a business he had taken over from his father, and retired from in 2017. He was a member of the Nashville Salvation Army Church and was a faithful bell-ringer in the coldest of winter.

To say he loved playing golf is an understatement. Although he was not great at the sport, the time that he spent with his friends was such precious moments for him. He had a passion for art and was an amateur painter. He also loved thrift stores. Every Saturday, the family would gather at the warehouse where he would spoil all his grandchildren.

He was preceded in death by his parents, paternal grandparents, one brother, Michael Wray; two uncles, Jerry and Billy
Wray; a son-in-law, Danny Bennett.

Graveside services will be conducted at 2:30 p.m. on Friday, August 20th at Fairview Cemetery. Visitation will be from 1:00 p.m. until 2:00 p.m. on Friday at the Day & Carter Mortuary.