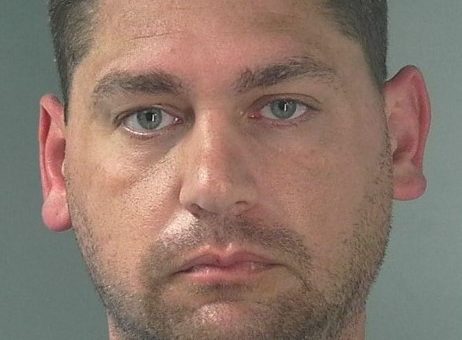 BLOOMINGTON – A Cadiz police officer was arrested by deputies in Monroe County early Monday morning on suspicion of operating an unmarked police vehicle while intoxicated.

Around 2 a.m. Monday, deputies were alerted to an erratic driver in a Dodge Charger traveling south on I-69. The driver was reportedly speeding and weaving all over the roadway.

The vehicle was located and stopped just south of the Kinser Pike overpass.

Deputies identified the driver as 38-year-old Brian Hedger, of Plainfield. He identified himself as a police officer with the Cadiz Police Department and provided Bloomington Police officers with his credentials.

Deputies began an operating while intoxicated investigation and obtained a search warrant for a blood draw, which was conducted at IU Bloomington Hospital. The results of the test are pending at this time.

Hedger was arrested for operating a vehicle while intoxicated with a previous conviction and resisting law enforcement.

Police did not specify how Hedger allegedly resisted law enforcement.