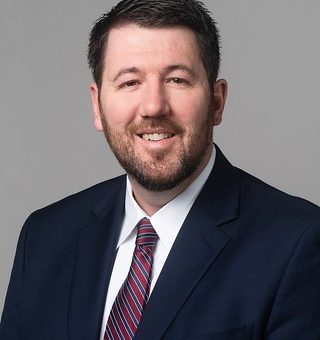 “Derek Molter is a brilliant legal mind and a leader in the Indiana legal community,” said Gov. Holcomb. “He has written countless articles and is looked at as an expert in his field but most importantly he has a Hoosier’s heart. He continuously gives back to his community and beyond and is always searching for how he can best serve the people he represents and truly make a positive impact.”

Molter has dedicated his adult life to the practice of law and has become one of the most distinguished appellate lawyers in Indiana. Molter has appeared before the Indiana Court of Appeals, the Indiana Supreme Court, and numerous federal trial and appellate courts. He has played a key role in appellate preservation in many trials that reached jury verdicts and appeals.

Molter has worked to improve the legal system by effecting rules changes, writing legal articles and performing nearly 1,000 hours of pro bono work for those most in need of legal representation.

“I’m extremely grateful for this opportunity and excited to join such a wonderful group of colleagues on the Indiana Court of Appeals,” said Molter. “It is an incredible honor to be considered and selected for this judicial position.”

Following graduation, Molter served as a judicial law clerk for the Honorable Theresa L. Springmann, a United States District Court Judge for the Northern District of Indiana. He then practiced at Arnold & Porter Kaye Scholer LLP in Washington D.C.

In 2013, he joined Ice Miller LLP as an associate and later became a partner. He now leads the firm’s appellate practice, and his litigation practice has focused on municipal law, business law, and products liability. During his career at Ice Miller, he has handled significant cases dealing with the separation of powers and federalism issues.

Molter continues to give back to his community. Since 2011, he has helped administer a leadership fund that provides scholarships to students at his alma mater, South Newton High School. He lives in Indianapolis with his wife Katie, an attorney, and his three children.

A date for Molter’s robing ceremony will be determined by the Indiana Court of Appeals.