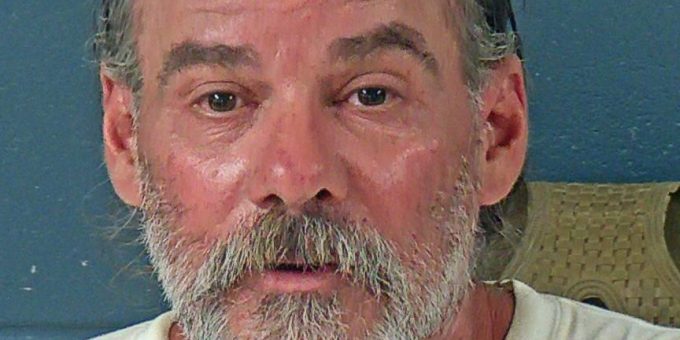 BEDFORD – A Bedford man was arrested after Bedford Police officers were called to a home in the 1310 block of 18th Street after a report of a person trespassing on the caller’s property.

The caller was able to provide video footage of Saunders being on the caller’s porch and property.

When police arrived they found 54-year-old David Saunders stumbling in an alley between M and N streets, just north of 18th Street. However, he told the police his name was Bryan Fisher.

Saunders denied being on the caller’s property.

Due to Saunders providing police a false identity, as well as him stumbling through the alley he was arrested.
Police were then able to positively identify Saunders. He faces charges of public intoxication and identity deception.