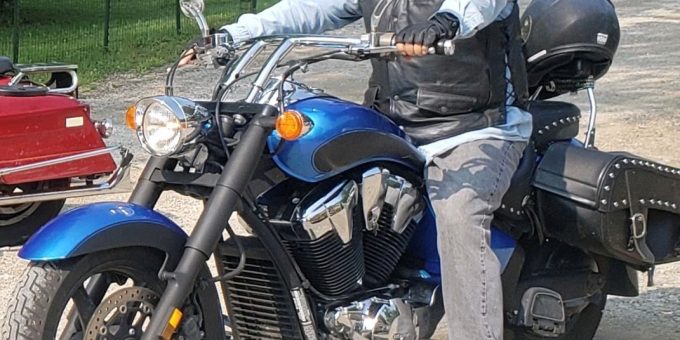 Born November 14, 1960, in Bedford, he was the son of Ed and Katherine “Toots” (Groff) York. He married Deborah Holsapple on July 5, 2009, and she survives. He was a warehouse supervisor for CPI in Bloomington and one of
the founders of the Soaring Angels Riding Club. He worked hard for his family, was a die-hard Colts Football fan, and was one of the most selfless people. He loved his grandchildren and great-grandchildren.

He was preceded in death by his parents, a son, Raymond York, Jr.; siblings, Connie York, Marsha Webb, and Johnny York.

Funeral services will be conducted at 2:00 p.m. on Thursday, August 12th in the Elmwood Chapel of the Day & Carter
Mortuary. Burial will follow in Lowder Cemetery. Visitation will be from 10:00 a.m. until the hour of service on Thursday at the Day & Carter Mortuary.