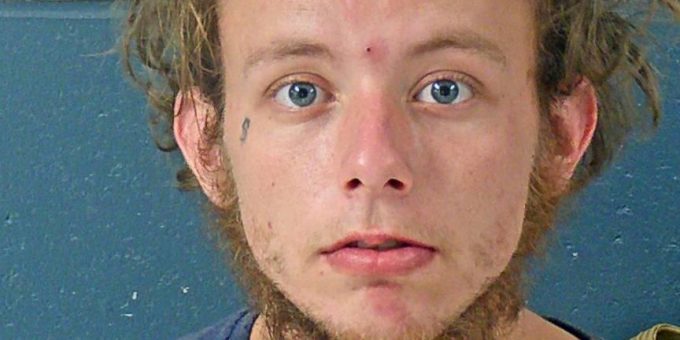 BEDFORD – A Bedford man was arrested Friday on a meth charge after a Lawrence County Sheriff’s Department deputy stopped his vehicle after entering an intersection on a red light at 15th and I streets.

The officer stopped the driver of the maroon Saturn Ion after the driver almost struck a pedestrian attempting to cross the street on I Street.

The vehicle turned into an ally across from the Lawrence County Sheriff’s Office and stopped.

The driver was identified as 20-year-old Kaden Tincher.

The officer asked Tincher if he had anything illegal in the vehicle and Tincher handed the officer a small plastic baggy containing half a gram of crystal meth.

Tincher was detained on a charge of possession of meth.