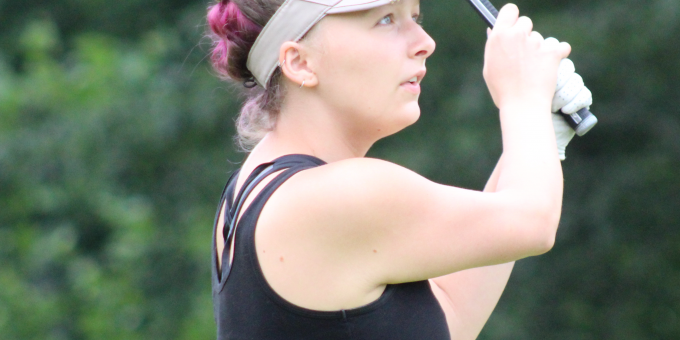 MONTGOMERY – Sparked by a career-best round from Samantha Biel, Bedford North Lawrence finished fifth in the Washington Invitational at Country Oaks on Saturday.

The Stars carded a team total of 363, 29 strokes better than their season-opening score at Bloomington Country Club. Columbus East won the title with a score of 325, followed by New Albany (344), Gibson Southern (347) and Vincennes Rivet (355) in the 17-team field.

Chloe McFaddin paced BNL with an 86 while Biel posted two birdies and carded 90.

”I’m pretty proud of Sam,” BNL coach Kori Johnston said. “She’s a fun one to watch, she’s always in a good mood whether it’s her best day or worst day. You could definitely tell she was having a good day.

“Chloe hung in there and played a lot more like Chloe. This was a big step forward today. We have a lot more work to do, mainly in putting, but it was a step forward, for sure.”

Kenley Craig shot 91 and Ellie Horton completed the scoring for BNL with 96.

Bloomington South freshmen Melanie Southern was the medalist with a 2-under 70 (on the course that hosts the IHSAA regional). Trinity Dubbs of South Knox fired a 71, while Gibson Southern’s Hillary Humbaugh posted 74 and East’s Harley Gant finished with 75.