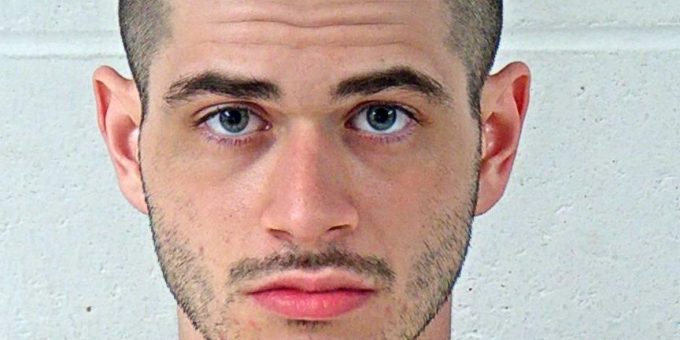 MITCHELL – A Mitchell man was arrested after Mitchell Police officers were alerted to a battery.

A man came to the Mitchell Police station to report his mother had been injured by her grandson 23-year-old Mark Gardner. The woman was in the male’s vehicle outside of the police station.

The woman told police Gardner was at her home on Tulip Street and began cursing and calling her names. She then attempted to call 911 and Gardner grabbed the phone from her hand and would not allow her to call for help.

He then grabbed her by both arms and began twisting her arms. Police said the woman’s arms were bruised.

The woman filed a battery affidavit.

Gardner was arrested on a charge of domestic battery and interfering with reporting a crime.

While transporting Gardner to jail, officers were alerted that Gardner before being arrested had killed the woman’s cat.

Gardner had killed the cat and just buried it behind the woman’s shed. Police say the cat had been beaten to death.

The woman has a second cat and that cat is still missing.

Gardner was then charged with torturing an animal.