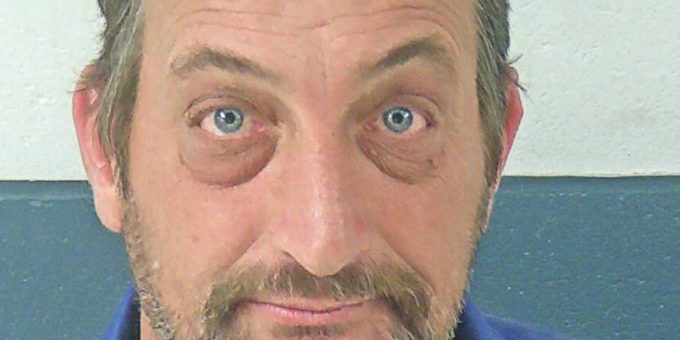 SPRINGVILLE – A Springville man was arrested Wednesday on a charge of domestic battery after Lawrence County Sheriff’s Department received a 911 call reporting a domestic fight in the 870 block of Harrodsburg Road.

When officers arrived they were met by a woman in the driveway. The woman said the accused, 50-year-old Arvel Edwards, left prior to police arriving.

The woman reported that she and Edwards were having a discussion about moving to Georgia and Edwards got mad after the woman said it would take money to move.

She then said Edwards got physical and struck her multiple times in the head with his fist and placed her in a headlock making it hard to breathe. The woman suffered a contusion on her head, redness on her face, and bruising on her left arm.

After injuring the woman, Edwards allegedly struck a male that was at the reesidence in the head. The male suffered head pain and had a scratch on his neck.

He requested to speak to the officer. Edwards told the officer he was at a home on West Cedar Bluff Road in Monroe County and he would turn himself in. Monroe County Sheriff’s Department deputies responded to that home and detained Edwards until a Lawrence County deputy could arrive and transport Edwards to jail on a charge of domestic battery and domestic battery in the presence of a minor.