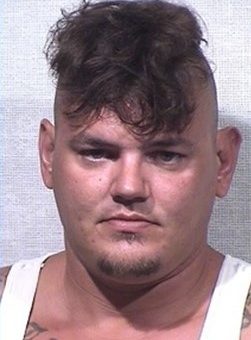 BROWNSTOWN – A Warsaw man faces a murder charge after a fight at the Jackson County Fairgrounds turned deadly.

On July 28, at 1:13 a.m. Jackson County Sheriff’s Department deputies responded to the fairgrounds after a report of a battery and unresponsive man found laying on the ground.

A deputy, working security for the fairgrounds, reported 32-year-old Zachariah Konkle was in an altercation with Michael Steele. This took place a few hours after a visitor at the fair claimed a carnival employee had made fun of their special needs child.

Right around closing time Tuesday evening, the family approached Konkle, who was also a carnival employee, and asked where they could find someone in charge so they could report the incident. Konkle told the police he informed the family he would take care of the problem. When police asked him if he ever contacted anyone in charge of the fair, he said he did not.

Around 12:30 a.m. Wednesday, Konkle said he was speaking with a co-worker about the incident and that’s when Steele allegedly approached him and hit him in the side of the head. That started the fight between Konkle and Steele.

A witness to the fight told police Konkle approached Steete first, but Steele did throw the first punch.

The witness told police Steele then went limp and Konkle got off Steele and the witness called 911.

A woman, who told police she did not witness the fight, attempted CPR on Steele but was pushed off by Konkle, who told her she was not doing CPR right.

Steele was taken to a local hospital and then to IU Health Methodist Hospital where he died at 10:46 p.m. Saturday, July 31.

Knokle was arrested on July 28th on a charge of strangulation but then after Steele’s death, he was charged with murder.

Konkle told police he has anger issues and things escalated “way too far” between him and Steele, according to court documents. He claimed he never said he was going to kill Steele but took things into his own hands when he should not have.