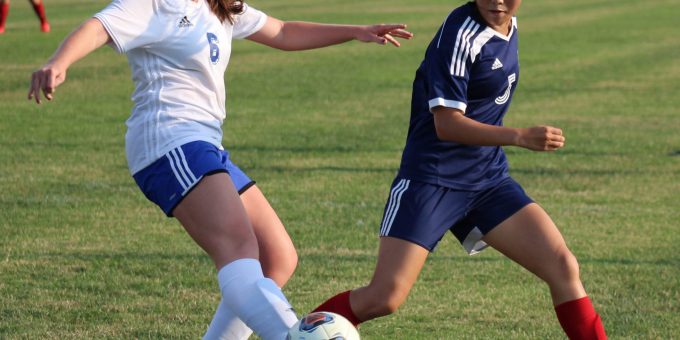 Just five years after graduating from Bedford North Lawrence, the former standout goalie has taken over her alma mater’s program, inheriting a challenge that would cause an older, weathered veteran to pause. Dufresne is charging ahead, at full speed.

After serving as an assistant coach while completing her education degree, Dufresne graduated to the top spot, succeeding D.J. West at the helm. Her task now is building a solid product on the field and a contender for titles. One step at a time.

The Stars lost some key pieces from last year’s 5-10-1 campaign, most notably Katherine West (an All-Hoosier Hills Conference selection with 8 goals and 8 assists), Makena Moore (7 goals) and Hannah Riester (goalie). The newest edition of the Stars will feature fresh, if not unfamiliar, faces.

“We’ve got a lot of new faces,” Dufresne said. “We lost a lot of crucial players in key spots, so this will be a rebuilding season. But we have a group willing to work hard and give it all they’ve got. We’re excited to be here.

“It’s been five years. That was a decision that was tough for me to make, to play sports in college or pursue education. I decided to pursue education, so a dream of mine was to get back into coaching. I got that a lot quicker than I expected, but I couldn’t be more blessed and excited to be out here.”

BNL will build around senior Emily Zhang, the top returning offensive threat, and senior Crystal Webb. That means there’s a lot of openings for starting spots.

“The team bonding and the relationships we have will get us through many games,” Dufresne said. “They fight hard, they never give up.”

BNL’s first issue will be establishing an identity. Then it will be scratching out wins against a tough schedule, especially in the HHC. The Stars went 0-7 in the league last season.

“It’s not fun losing some of the games,” Dufresne said. “We just have to fight our battles and keep pushing. We have to do the best we can, we have to be tough and ready to work. We’re playing against Div. I athletes who go at it 365 days a year. We’ve got to find middle ground and never give up.”