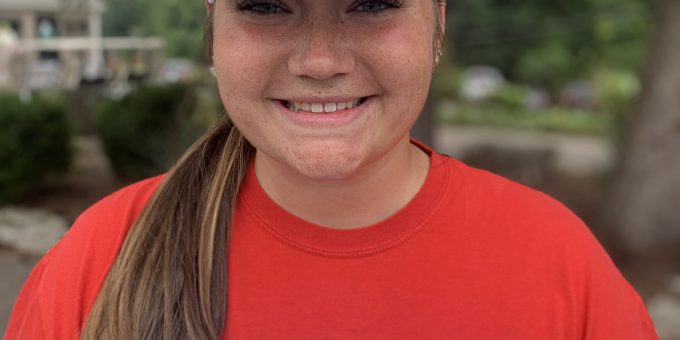 BEDFORD – The burden of success and expectations can either crush and suffocate, or motivate and inspire. Bedford North Lawrence, will so many individual and team accomplishments over the past decade, is counting on the past to energize the future as the Stars start a major overhaul for the 2021 season.

Not only did BNL, which has won eight consecutive sectional championships, lose four seniors from a year ago, the Stars bid farewell to the architect of that streak as head coach Aaron Sanders stepped down after a remarkable run. The responsibility of maintaining that legacy is one of the challenges Kori Johnston tackled when she took over her alma mater.

If the young Stars, with only one senior among the 11 players on the roster, are a little naive about the history and heritage of the program, Johnston can explain it. She was part of it, a four-year standout with BNL who played college golf at the University of Southern Indiana and won three Bedford City championships. She will bring that expertise to a program that grew into a regional contender and state qualifier under Sanders’ guidance.

So when Chloe McFaddin cracked the first official tee shot for the opening day of practice at Otis Park on Friday morning, signaling the start of the campaign, Johnston had already made an impact. Not in the loud-voice, fire-and-brimstone way, but in the quiet, confident manner that communicates and resonates.

“They may not know, but I’m definitely thinking ahead to that sectional title,” Johnston said. “I don’t want to be the one to end it. I think they’re ready for it.”

The goal is already defined, and it will be a tough one for a team lacking experience. McFaddin was the only returner from the postseason lineup, with most of the departed now playing on the college level. Daphney Sproles is the lonely senior, while Samantha Biel and Kenley Craig got some match playing time last season. The rest of the cast is comprised of freshmen – untested rookies who will compete for a starting spot and get baptized by competitive fire.

“I’m very excited, with a new coach and a bunch of incoming freshmen,” McFaddin said. “I feel like it will be a good year to experience what it’s like on a high school team.”

Here’s what it’s like: no game is greater, with the individual camaraderie and bonding, with the satisfaction that touches the soul, and yet no game can be more frustrating. The key is to enjoy the struggle to lower scores.

“We have a lot of work to do,” Johnston said. “But it shows that golf is growing in the area. They’ve all given it their all. Every single one of them gives it their all every time.

“I expect us to be competitive. In the last few years, they’re had one or two stars and the rest filed in. We have eight solid girls, and they’re all improving each time. I think we’ll contend.”

The freshmen with potential include Ellie Horton, Bella Langstrom and newbie Alex Nubbie. The weight of leadership falls directly on Sproles, as the solitary upperclassman, and Johnston’s patient style.

“It feels kind of weird,” Sproles said. “I had everyone to look up to last year. Now they’re all gone and it’s just me. But Coach already done so much for us. She’s helped the team a lot with all her experience.”

McFaddin will be a key figure. She showed flashes of brilliance last season and spent the summer traveling across the state on the Junior Tour circuit to hone her skills. And she’s already comfortable with Johnston’s coaching approach.

“I’ve been stressed out a lot this summer about this season,” McFaddin said. “I did a lot of tournaments to prepare to be in the top five. I feel a little more confident now. Coach likes to go out and play more. I like that. I love going to the range to practice on shots I need, but going out on the course is better.”

BNL will open the season on Monday at Bloomington South.