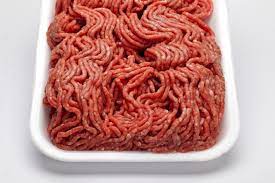 INDIANA – An Omaha meat processor has recalled more than 295,000 pounds of raw beef products that may be contaminated with E. coli.

The U.S. Department of Agriculture’s Food Safety and Inspection Service announced Greater Omaha Packing’s recall Thursday. The beef products, intended to be used in packages of ground beef, were produced on July 13 and bear establishment number “EST. 960A” inside the USDA mark of inspection.

The packages were distributed in Illinois, Indiana, Minnesota, and Nebraska.

contamination was discovered when FSIS collected a routine product sample that confirmed positive for the presence of E. coli, officials said. There have been no confirmed reports of adverse reactions due to consumption of the products, according to a USDA news release.

E. coli, a bacteria found in fecal matter, can be particularly dangerous to infants, young children, the elderly, and those with compromised immune systems.