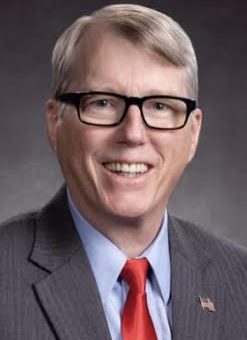 Bough says the county’s veteran population has increased. Currently, there are 3,807 veterans residing in Lawrence County.

“We had an increase of 231 veterans from last year in Lawrence County,” Bough added.

“The biggest concern locally is healthcare for veterans. I have been in constant contact with Representative Trey Hollingsworth and Senator Mike Braun to get a small satellite hospital like the one in Marion County here,” said Bough. “Bedford is a central location between the two veteran hospitals which are in Indianapolis and Louisville, KY. We have land available to build one here and I am estimating it would take around $10 million to build a satellite hospital here in Lawrence County. “

Bough says he won’t give up on the hopes of a veterans hospital.

“A squeaky wheel gets the attention,” he added. “It’s a shame our Local veterans have to travel many miles to Indianapolis, Evansville, or Louisville, Kentucky to access medical care.”

Geographic distribution of VA expenditures for 2020